Vite: Zero-Fee Blockchain for the World's Decentralized EconomyHow to Use
Search

The recommended development environment for Solidity++ is Visual Studio Code with the Soliditypp extension, which includes a latest version of Vite node, a solppc compiler and debugging environment.

Launch VSCode, navigate to the Extensions panel and search for "soliditypp", install the Solidity++ 0.8 Preview extension.

That's it! Now you can proceed to test your environment by deploying a contract.

At current time, two versions of solidity++ extension will be returned. If you are working with a 0.4.x Solidity++ contract, install Solidityppcc.

First create or specify a folder for your Solidity++ project.

Open the debug panel, and click on create a launch.json file link.

Then choose "Soliditypp" for the environment.This automatically generates a launch.json file which is used by VSCode to configure the debugger.

Create a new file named HelloWorld.solpp and type in the following code:

The contract has a set function setting an input value a to public state field data.

Note: Public field can be visited with an implicit view function in the same name.

You can also fetch the examples from https://github.com/vitelabs/soliditypp-examples

Launch the debugger by pressing F5. This will automatically compile the contract and launch a debugger browser window.

Note: the extension will download gvite node for the first launch, stay patient! 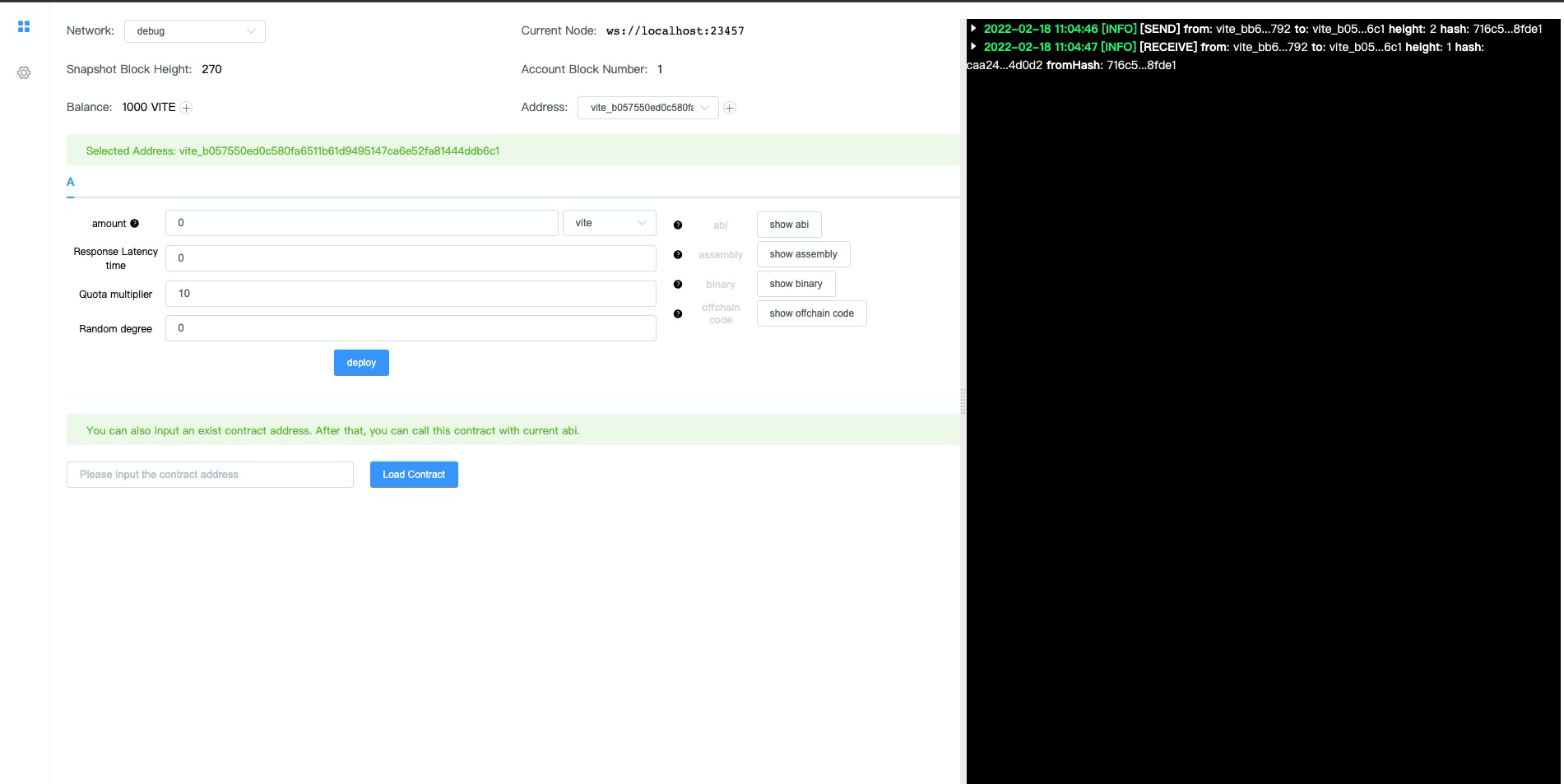 If the debugger interface doesn't launch, check the debug console for any errors.

Since 0.2.5, it's possible to specify the gvite release version by adding gviteVersion in launch.json in your working directory as below.

To deploy your contract to the local (debug) node, simply hit on Deploy as shown below. There are several options available, let's use the default values here.

The right side of the window shows the execution result logs.

Let's choose the function set and feed an integer, then click on the call set() button. When the log shows the "[RECEIVE]" transaction has been executed, hit the query data() button to check if the data field has been updated.

Found an Issue?
Help us improve this page by suggesting edits on GitHub.
Next
Know More about the Debugger